As you may know, I attended MathCamp in the summer of 2000. It was there I was introduced to Zometool. Zome is sort of an institution at MathCamp, as it is mathy and generally awesome. If you want to learn more about it, there are some good resources on the web. George Hart is something of an authority.

For my part, I somewhat recently found myself in the wonderful world of employment and in possession of disposable income. So of course I had to buy some. (And it's in blue, red, yellow, and green. It seemed like a natural thing to have at Google.) I started with a standard (but fairly large) set with a good variety of pieces just to play around with. Here are some of the results. 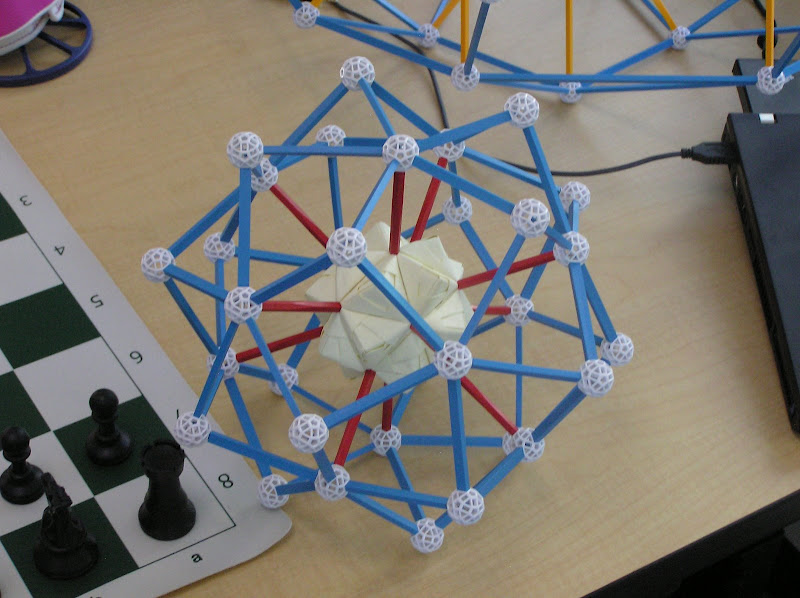 I had been doing some sticky-note modular origami as well, and was looking at a great stellated dodecahedron I had made. And so I wondered if I could make the same shape with Zome. Sure enough. And I was very pleasantly surprised when the red struts turned out to center the origami version perfectly. Zome geeks should note that the Zome version was meant to be similar to the original and is not technically Zome-constructible as shown here, since each of the blue struts is slightly twisted.


Zome sort of triggers my instinct to make something that looks ridiculously complicated, so this happened: 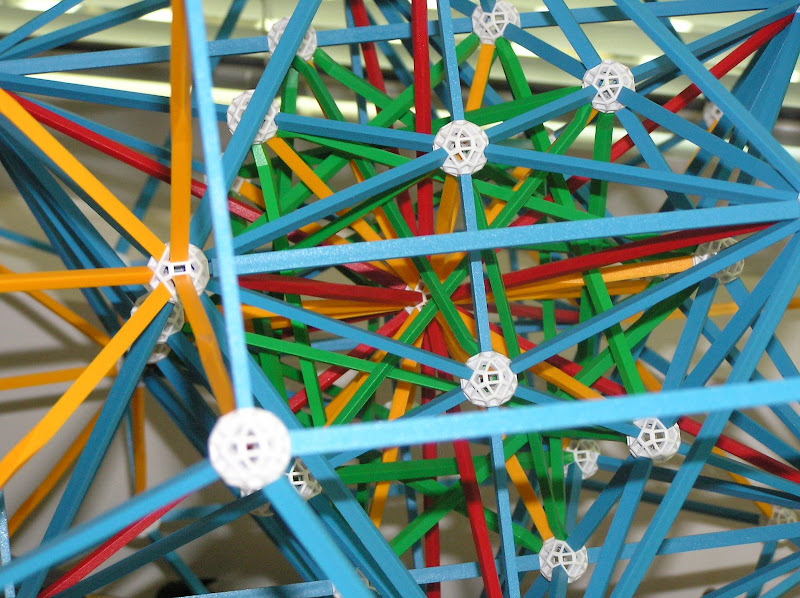 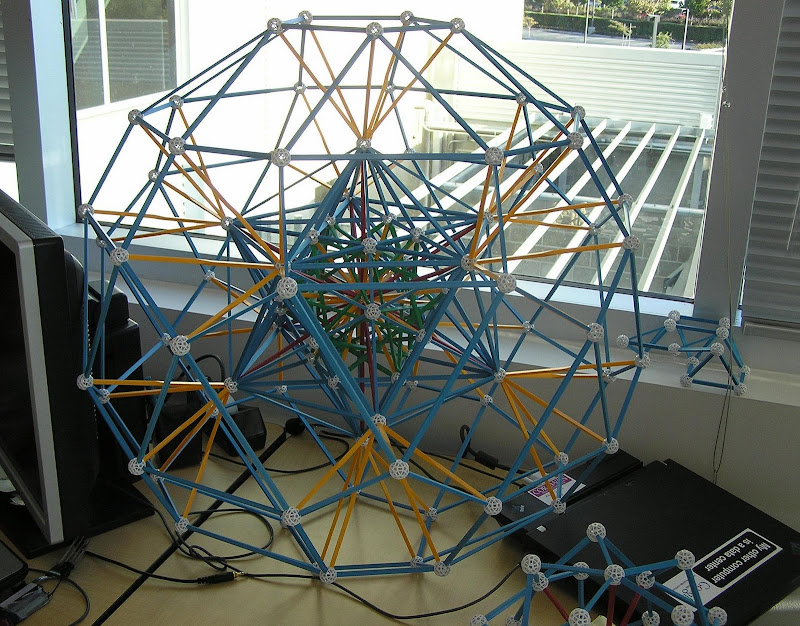 What this is (outside to inside): The tetrahedron 5-compound was the starting inspiration for this creation, as well as the primary challenge, since my green struts don't hold quite as well as the blues, reds, and yellows. Also, let the above close-up be a lesson to you: push the struts all the way into the ball, or your construction will be fragile. (It should also be easier with the new stuff they've come out with. I've got some, and it seems much nicer to work with.)

In the background of the last picture, you can see a Zome version of the Frucht graph. I was trying to get it as small in diameter as possible using only blue struts.

More when I get around to taking pictures...


Addendum (2009-01-18): I did some fiddling, and managed to find that the Frucht graph is a subgraph of the icosahedral graph, which is pretty pleasing. Verifying this is left as an exercise for the reader.